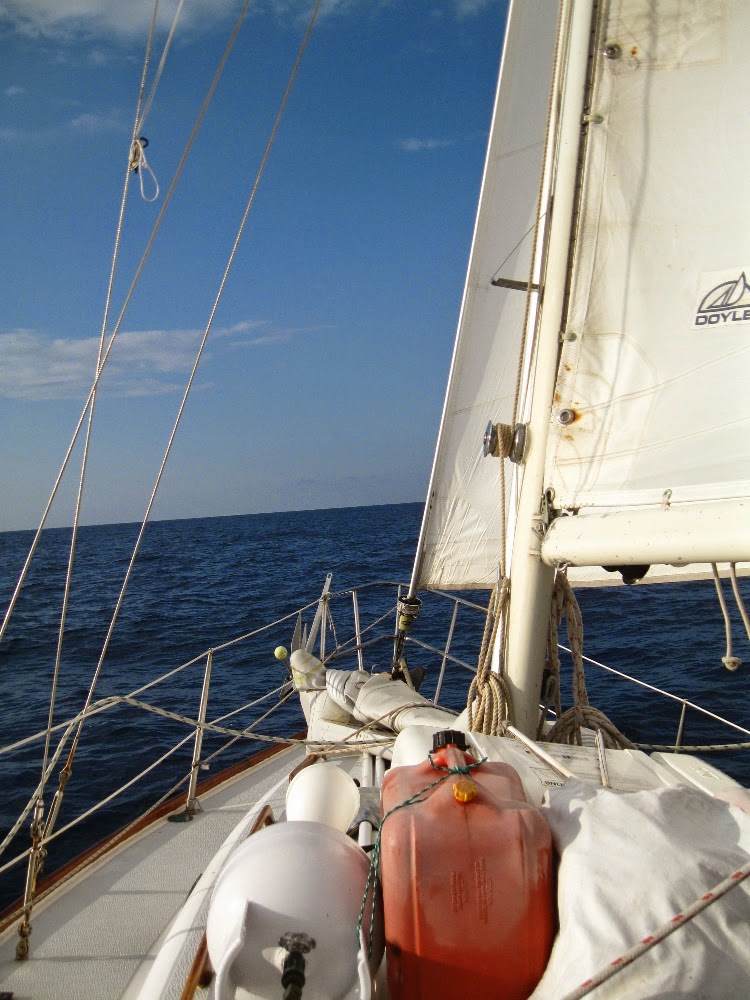 It was a moment of pure, transcendent bliss.  AVENTURA had just cleared some treacherous, shallow reefs south of Jamaica.  As I studied my chart, it suddenly dawned on me that now there was nothing but open Caribbean water between my lovely sailboat and a cornucopia of enchanting destinations.
I could select the beautiful and historic walled city of Cartagena.  Or perhaps the stunning San Blas islands with their feisty Kuna Indians, who never fell to European conquest.  Maybe a visit to the magical Rio Chagres was in order.  It is a jungle wonderland where the howler monkeys outnumber the humans.  Or possibly I should set my course for the undiscovered jewel of the Caribbean – Bocas del Toro.  But then again, maybe I should sail west to the turquoise, fish-lush waters of Belize.
Pondering these exquisite choices reinforced my belief that there is no freer way to live than the sea gypsy path.  Since I didn’t want to waste my fresh stash of Jamaican limes, I made myself a tall gin and tonic.  Then I retired to the foredeck with my clipboard.  Feeling utterly at peace - with the sails pulling and the wind-vane steering - I decided to inventory the many forms of freedom that wandering the Wide Waters bequeaths me.
·

The sun had now vacated my longitude in the Caribbean, and so I decided to go below and cook my dinner.  But the remembrance of that Thoreau quote about voluntary simplicity, inspired me to dig out my little folder of what I call “road quotes.”  I had collected them during my long ago hitch-hiking days on the Asphalt Seas.  I freshened up my gin and tonic, and settled in to renew my acquaintance with these memorable quotations.  About halfway through them, I came across one that I had forgotten.  It is by Albert Camus, and it is so relevant to the subject of this essay that I was both stunned and delighted.  Allow me to share it with you:

“The only way to deal with an un-free world is to become so absolutely free that your very existence is an act of rebellion.”
Posted by Ray Jason at 10:19 AM