It is a few dawns before Christmas in the year 2016.  As someone who finds his spirituality in the Cathedral of Nature, I note that today is the shortest day of the year.  Tomorrow the spheres will align so that the light will increase and the darkness decrease. May we humans one day also adjust ourselves to embrace the light and renounce the darkness.
And it is in this spirit that I share this Christmas essay with you.  My topic is one of the Really Big Ones – HAPPINESS. We all seek it – and yet so few of us attain it.  Because I am blessed in this regard, I’d like to share that gift with you.
As you know from reading my essays, I devote a lot of time and thought to what a friend disparagingly calls “The Domain of Dread.”  Consequently, those who really know me are puzzled by how I remain so happy.  Given the fact that I spend so much time focused on the injustices and tragedies of this world, they find my cheerfulness bewildering.  My secret is not some “answer” concocted from rainbows and unicorns.  It can actually be achieved by simply changing one’s perspective.
Read more »
Posted by Ray Jason at 1:05 PM Links to this post 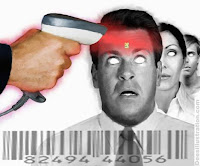 It was my very first day in the Archipelago of Bliss, and I sat savoring a meal in a waterfront restaurant.  Even though the food was excellent, what was even better was the fact that I was not bouncing around while I ate it.  After two weeks of sailing here from Key West, it was sublime to be motionless.
Before my fish sandwich arrived, a wrinkled, old fisherman rowed up to the restaurant dock in a small cayuco that was hand-carved from a single log.  He sold a couple of nice groupers to the owner, Kelly, and paddled away.  Unfortunately, my camera was onboard AVENTURA, so I could not capture this moment.  I assumed that this was a rare occasion - but I assumed incorrectly.  By the time I had finished my meal, three other smiling fisher-folk had rowed up and sold her some fish or lobster or conch.  I smiled contentedly - because I knew that this was “my kind of place.”
*******

Yesterday, I returned to that same spot with my clipboard and pen, in the hopes of finding some philosophical inspiration.  Again, it came in the form of a seventy-something fisherman with a tawny, smiling face.  As he rowed away with a few dollars, I realized that he would be completely insulated from the troubles that I will discuss in this essay.  A self-sufficient Indio, who carves and rows his own boat, who catches and grows his own food and who builds his own house, will do just fine when the Net of Progress has ensnared most of humanity.
*******

AN EPISTLE TO THE EARTHONIANS 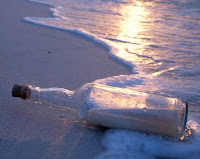 At the time, it was just an eccentric, utopian game.  But now, a couple of decades later, I realize that it was a perfect metaphor for my deepest aspirations.  I would find some nicely rounded, sea-worn rocks along the shore.  My favorites were about the size of a mango and slightly flattened.  On each one I would paint a short quotation from a wise thinker.

Here are some examples that swiftly rise from my memory vault.  Whitman’s “Question much and obey little.”  Thoreau’s “Simplify, simplify, simplify…”  And Plato’s “The unconsidered Life is not worth living.”  I would then anonymously place these at well-known snorkeling sites, so that unsuspecting divers would suddenly be jolted by these pearls of wisdom.  I always thought of them as my “Ponder Stones.”
Read more »
Posted by Ray Jason at 12:55 PM Links to this post